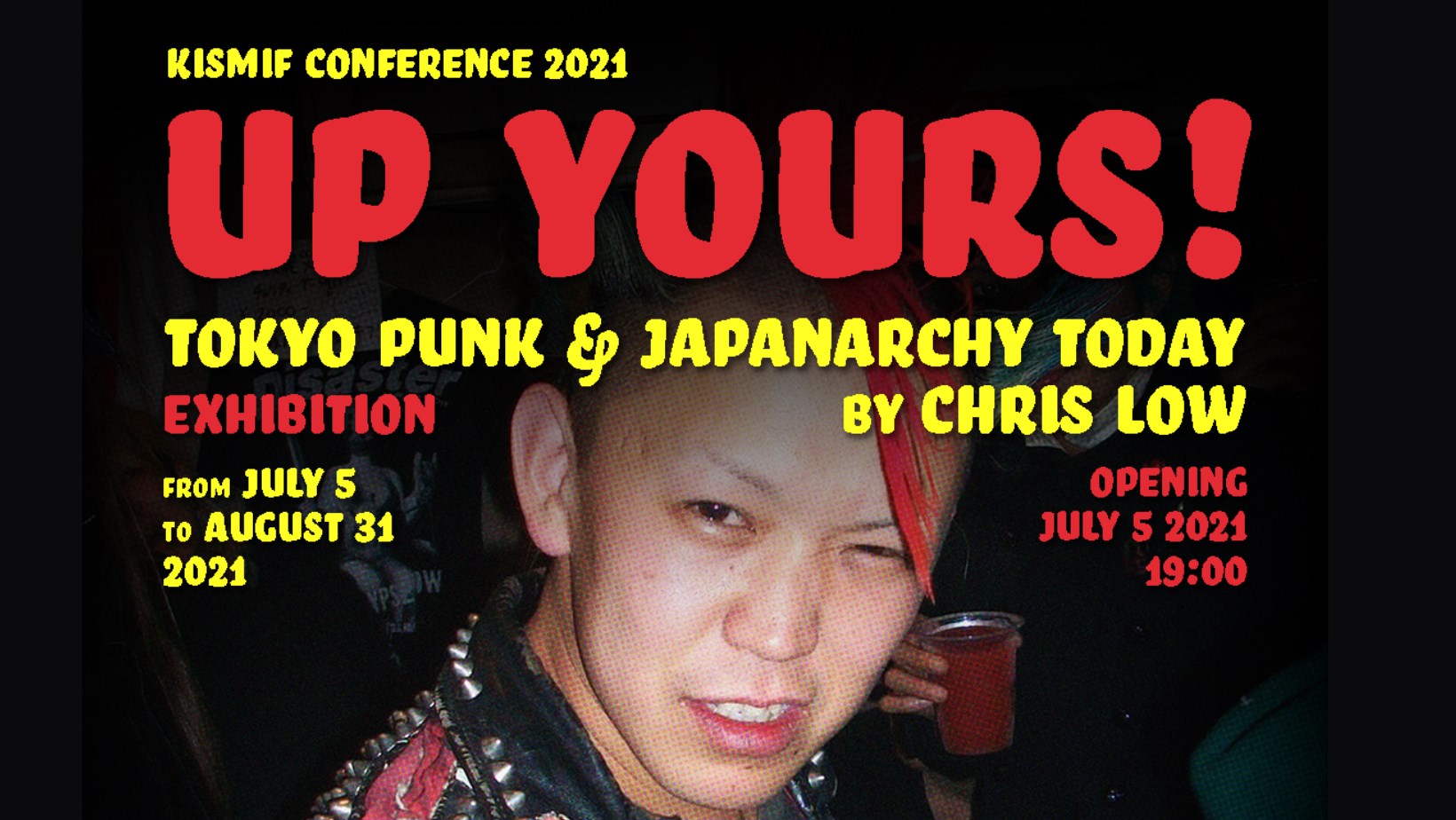 In all my experience of the punk movement, the punk scene in Tokyo is the most exciting and vibrant of any I’ve ever known. It is a culture that flourishes in the face of traditionally conservative Japanese society and one that exists in accordance with punk’s original DIY ethic: Run by Punks, For Punks. The reference points of Japanese punk are similar to those reflected in Western punk styles – the UK82 mohicans and studded jackets; the biker-traveller hybrid of the crusties or the utilitarian black of the anarcho-punks. However, like much in Japanese culture both the look and the music are pushed to extremes. Today’s Japanese punks wear their influences proudly painted on their studded leather sleeves. In Japan entire subgenres of punk have emerged and mutated like D-Beat forged from Discharge’s ‘Noise Not Music’ ethos or the recent wave of ‘Young, Loud, Pissed & Proud’ Pogo Punk bands. Punks in Japan are outsiders not only by appearance but in their anarchistic opposition to authority and the state. Punk for them is a way of life with its own belief system as well as musical tastes. As has characterised every notable youth culture over the years. Within the Japanese punk scene this ideology of subcultural unity is as strong and defiant as ever. It’s as much a culture of opposition to commercism as it is to mainstream society. Yet it’s a scene that despite Japanese punk’s reverence within the punk community worldwide and the veneration of such acts as Lip Cream, The Stalin, GISM, Gauze, Confuse, Kuro and Disclose remains largely undocumented. Like much of Japanese culture, Japanese punk almost fetishized in the West. I wanted to portray it like it really is, in all its exuberance and diversity and through an objective lens. If my photos can introduce others to some of the amazing bands and inspiring people I’ve met there, that’s an achievement I’d be happy with in itself. The title of the show was inspired by noticing how often the V-sign was flicked at the camera in the photos I’d taken. It’s something you don’t really see in Britain anymore as it’s been replaced by the transatlantic middle finger. I don’t know if Japanese punks have adopted it from being brought up on iconic Sex Pistols photos but it’s something I find quite archaic and endearing, in spite of the studs, spikes and snarls. The photos presented here capture all of this, snapped on no more than a cheap pocket camera in keeping with the DIY ethos of the subject matter. Anyone looking for pretty pictures, perfectly shot, look elsewhere. This is punk – not a Pirelli calendar.

Chris Low first discovered punk before even hitting his teenage years in the late 1970s. He soon started going to gigs and at the age of eleven embraced the emerging band and zine scene that would come to be known as ‘anarcho punk’, publishing three issues of the fanzine, Guilty of What? and taking up drumming. Since the early 1980s he has played, recorded and toured with legendary acts including Political Asylum, The Apostles, Oi Polloi, The Parkinsons, Quango and Part1. Following a career as a techno DJ and club runner in the late ‘80s-early ‘90s he continues to DJ throughout Japan, America & Europe, playing sets of dancefloor-friendly post-punk. He has written regularly for Vice magazine amongst other publications and has contributed to a number of books on the punk movement. In August 2016 an exhibition of his photography documenting five years immersed in the Tokyo punk scene entitled ‘Up Yours! Tokyo Punk’ was held at the Red Gallery in Shoreditch, London followed by further exhibitions in Japan, America, Mexico, Rebellion Festival and most recently together with Jon Savage in Liverpool. His work is featured as a guest gallery on the site of renowned photographer and street-style anthropologist, Ted Polhemus and he has recently designed record covers and graphics for Fucked Up, Rema Rema and others. Chris is currently working on an anarcho-themed compilation album for the renowned Glasgow Optimo label, a revised and expanded edition of his Tokyo punk photo-book and another book compiling youth culture and street style photos taken around London, Los Angels and Tokyo.